From the works of Isaac Asimov to Star Trek and Star Wars, science fiction presents alternative realities wherein space-faring civilizations travel throughout the universe. Unfettered by present technology, these stories often describe faster than light travel as being key for civilizations to reach the stars.

Sci-fi can become depressing if taken as a dream for a far-fetched tomorrow that will never come. However, the magic of physics and engineering gives us the chance to realize through technology what was once solely fantasy.

In September of 2020, a new paper on this technology was published in Classical and Quantum Gravity by researchers Erik Lentz, Alexey Bobrick, and Gianni Martire from the Advanced Propulsion Laboratory at Applied Physics in New York City.

Titled “Introducing Physical Warp Drives”, they present what they believe to be a new foundation for actualizing warp drive technology that can be realized without disobeying present day physics.

What is a Warp Drive?

Mentioned in many science fiction worlds, warp drives are technology harnessed by spacecraft which would allow faster than light – a.k.a. superluminal – travel by ‘warping’ or deforming space-time. 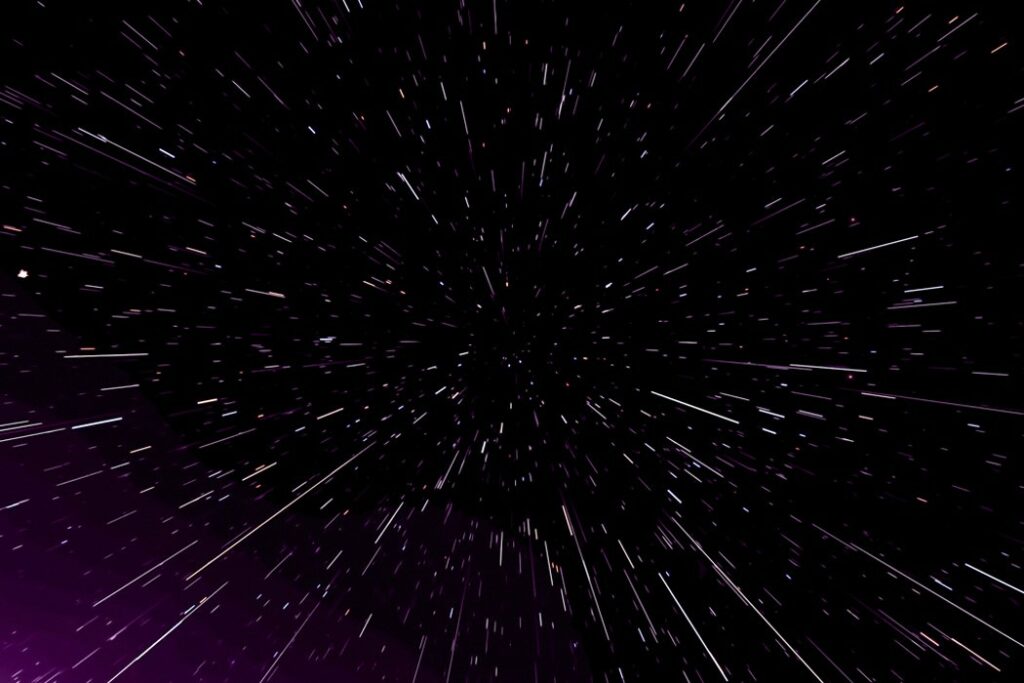 Although Einstein’s theory of general relativity determines that one cannot speed up an object from below to above the speed of light – due to the infinite amount of energy required – these limitations apply to objects within space-time, not space-time itself.

This is why scientists now argue that during the early phase of the Big Bang the universe was able to expand faster than the speed of light.

One great misunderstanding of Einstein’s theory is the assumption that it prevents faster than light travel. The conundrum is crossing the barrier of light speed not being above it.

The defense for warp drive technology lies in the inherent quality of the craft manipulating space-time around itself to create motion – rather than attempting to accelerate through space-time.

In addition, there is nothing inherent to warp drives that requires them to have superluminal speeds. One could take a step back and simply argue for the possibility of ‘sub-luminal’ warp drives.

In the paper’s abstract, the researchers claim that they “present the first general model for subliminal positive-energy, spherically symmetric warp drives,” by demonstrating:

“that any warp drive, including the Alcubierre drive, is a shell of regular or exotic material moving inertially with a certain velocity. Therefore, any warp drive requires propulsion. We show that a class of subluminal, spherically symmetric warp drive spacetimes, at least in principle, can be constructed based on the physical principles known to humanity today.”

In order to comprehend the problem their paper attempts to solve, one must understand the Alcubierre drive.

Proposed by Mexican theoretical physicist Miguel Alcubierre in 1994, the ‘Alcubierre drive’ is his attempt to solve faster-than-light travel with a craft that utilizes an energy-density field lower than the vacuum of space – in other words, through the creation of negative mass.

Based on conclusions drawn from Einstein’s field equations in general relativity, the Alcubierre drive is a theoretical warp drive which functions by contracting space-time in front of the vehicle and expanding space-time from behind – theoretically generating motion and moving one forward.

However, his math equations require a huge amount of theoretical negative energy – which currently does not exist.

In his paper titled “The warp drive: hyper-fast travel within general relativity” published in General Relativity and Quantum Cosmology, Alcubierre states that:

“By a purely local expansion of spacetime behind the spaceship and an opposite contraction in front of it, motion faster than the speed of light as seen by observers

outside the disturbed region is possible […] The resulting distortion is reminiscent of the ‘warp drive’ of science fiction. However, just as it happens with wormholes, exotic matter will be needed in order to generate a distortion of spacetime.”

Speaking to Nature World News, Bobrick comments that “most people in the field of science are aware of the Alcubierre Drive and assume that warp drives are unphysical because they require negative energy, […] However, this is no longer the case.” He claims that he “followed a different course than NASA and others, and our study has shown that there are many other classes of warp drives in general relativity, […] In fact, we’ve created new forms of warp drive solutions that don’t need negative energy and, as a result, are physical.”

In their paper, the researchers suggest that a few changes to the Alcubierre drive could make it function without relying upon negative energy.

However, the new proposed technology would be different from the Alcubierre Drive in that it could only go as fast as the speed of light – losing the ability to exceed it.

According to their research, a key distinction between Alcubierre’s notions and their own is that rather than using “negative energy” – a substance which does not exist in the universe – “bubbles” of spacetime could be used to make the drive possible.

This ‘bubble’ created by the geometry of a warp drive would encase an inside region which the researchers call the “passenger area.” In this zone space-time would be flat, meaning that there are no gravitational forces.

Outside the passenger area lies the “wall” of the craft, needing to be made of a suitable material to surround and protect the passengers.

In the outside region beyond the wall is the gravitational field of the warp drive – where the exotic physics would need to function. This field would manipulate space-time and have a teardrop shape, teetering off behind the spaceship where there would be flat, unaltered space-time.

Because physics prohibit the bodies of the passengers breaking the lightspeed barrier, the passage of time and motion of space inside the passenger area would differ from the outside environment.

The researchers believe another upgrade from the Alcubierre drive lies in the dimensions of the craft – as the energy required is related to its shape. They believe that by sitting passengers next to each other rather than behind each other results in a more efficient model.

Having provided the physics-friendly blueprints for a warp drive, Lentz states that:

“The next step is to figure out how to bring down the astronomical amount of energy needed to within the range of today’s technologies, such as a large modern nuclear fission power plant. Then we can talk about building the first prototypes.”

A Ticket to the Stars

When the first functioning prototype is built, then what? Where should or could we go?

Well, Proxima Centauri – the nearest star to our solar system – might be a safe bet.

300,000 times the distance from the Earth to the Sun, Proxima Centauri sits approximately 4.25 light years away. Speaking to Reuters, Lentz explains that the 25 trillion-mile journey “would take about 50,000 to 70,000 years to reach […] and nuclear propulsion with proposed technology would get there in about 100 years, [but] a light speed trip would take four years and three months.”

In 2014, NASA published an even more audacious claim. Laying out schematics for a warp-drive carrying spacecraft, they believe their design could travel to Proxima Centauri in just four weeks.

Lentz believes humanity must go big or go home by thinking daringly, arguing that “if we are limited to traveling at sub-light speed, then multi-generational spaceships must be used for destinations beyond the nearest stars, which is basically a glorified burial casket for at least the first generation of people. I do not find that prospect nearly as inspiring.

The Many [P]lanes of the Psychedelic Industry Highway: Can the Traffic Flow Smoothly?

How Big is 1.9 Trillion? The Stimulus and What does it mean for You?