The Texas Abortion Ban: Is it a Call to Action or a Foreboding of the Coming Ochlocracy

Is Our Collective Mental Health in the Toilet?

As If Things Could Not Get Worse: Beware of Dog Flu and Lepto

Spotlight on Mike Bonin: A Champion to Combat Homelessness

Remember when the US was considered cool and happening? John Lennon once compared NY to Rome, and moved here to be near the action. Unfortunately our government tried to deport him on a drug charge, but Lennon stayed cool, retained a lawyer, and got his greencard. Soon afterwards Rome began to burn, Lennon was gunned down, we began to lose our cool. Too bad Lennon kept his…

Today our government continues it’s domestic drug war as it battles overseas for position. The biggest change for the Globe in the last 25 years it turns out, is the one we can’t see; our ozone layer.

To no ones surprise George Bush is ducking out on this one, but we are still a savvy nation with brilliant minds like Al Gore to help shine the light and lead the way. Let’s us keep politics off to the side so that we may begin to affect change and rebound. Once we take those first steps in our fight against global warming, the eventual restarting of US hemp production will be much more feasible, perhaps one day, even a no brainer. 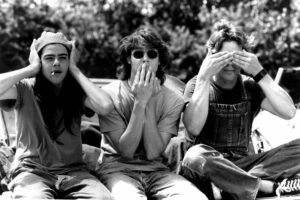 After that we can go all out green. Just think we’ll be known as a lean green global machince. Hey, won’t that make us cool, once again.

The Warmth of a Chat is All it Takes: The Fireside Project Brings the Cozy Back into a Psychedelic Trip

Good Job! Nice to Have a Drug Czar (Pick) With Work Experience