Time to Stop the Oppression Against the Hmong

Highlight on Life Clips, AI, and Speech Based Technology in Psychedelic Science

A Global Gathering for India

On March 6th, a 340-meter-wide asteroid flew by Earth. Although relatively unnoticed this time around, this massive space rock is not gone for good – and when it returns the world will hold its breath, bracing for possible impact.

Apophis is the Greek name for Apep, an ancient Egyptian god who personified chaos. Being the adversary of Ma’at – a goddess who embodied truth, order, morality, and justice, Apep appears as a giant serpent, considered the immortal enemy of Ra, a solar deity and chief god in the ancient pantheon. 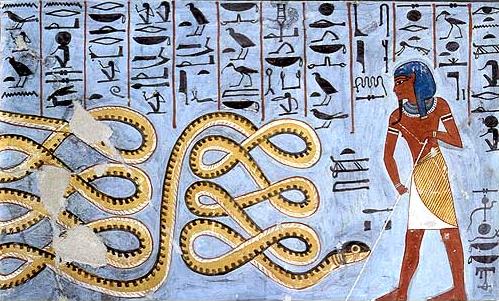 Two of the scientists who discovered the asteroid, Roy A. Tucker and David J. Tholen, also happened to be fans of television series Stargate SG-1, which includes a character named Apophis – an alien who threatens the existence of humanity on Earth.

Initially estimated at 450 meters, further observations from NASA’s Infrared Telescope Facility in Hawaii measured Apophis at around 340 meters (1,120 feet) – comparable to the Eifel Tower. It is thought that the surface of Apophis resembles “LL chondrites”, a group of space rocks consisting more of stone than metal.

During its first close approach in 2029, Apophis will become the closest recorded asteroid of its magnitude in all of recorded history. Coming as close as 19,600 miles above Earth’s surface – a hair’s breadth on the astronomical scale – it will be ten times closer than Moon, even nearer than some man-made satellites. 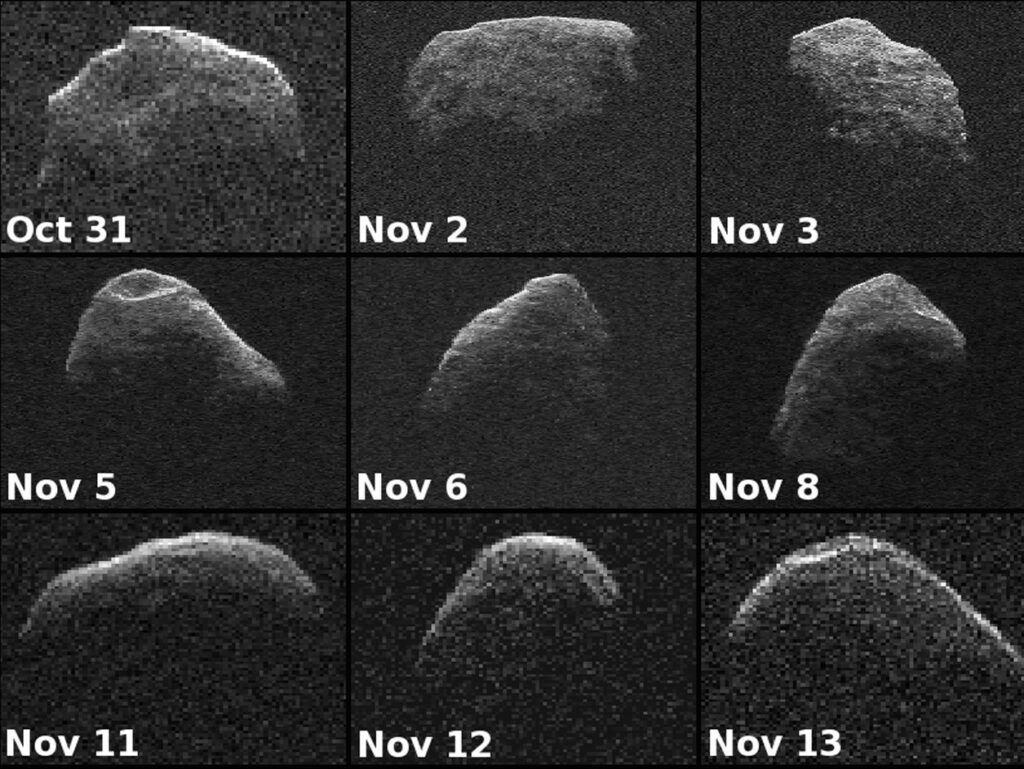 On April 13, 2029, it will be visible through binoculars and even to the naked eye in rural locations.

Although preliminary observations raised concerns, – pointing to a 2.7% chance that it would impact the Earth or the Moon on April 13, 2029 – further study has eliminated that possibility.

The Real Risk of Asteroids

Impact events are part and parcel of the cosmos. One only needs to look at the pockmarked face of every rock bodied planet in our solar system to see this fact.

Collisions with astronomical objects have had a major influence on the development of our solar system, the formation of Earth’s relationship with the Moon, the origin of water of Earth, and the evolution of its life – including multiple mass extinction events.

Since 1998, scientists have detected over 25,000 near-Earth asteroids. In 2020, even with the effects of the COVID-19 pandemic in full force, an additional 2,958 space rocks were identified – the highest annual discovery on record. 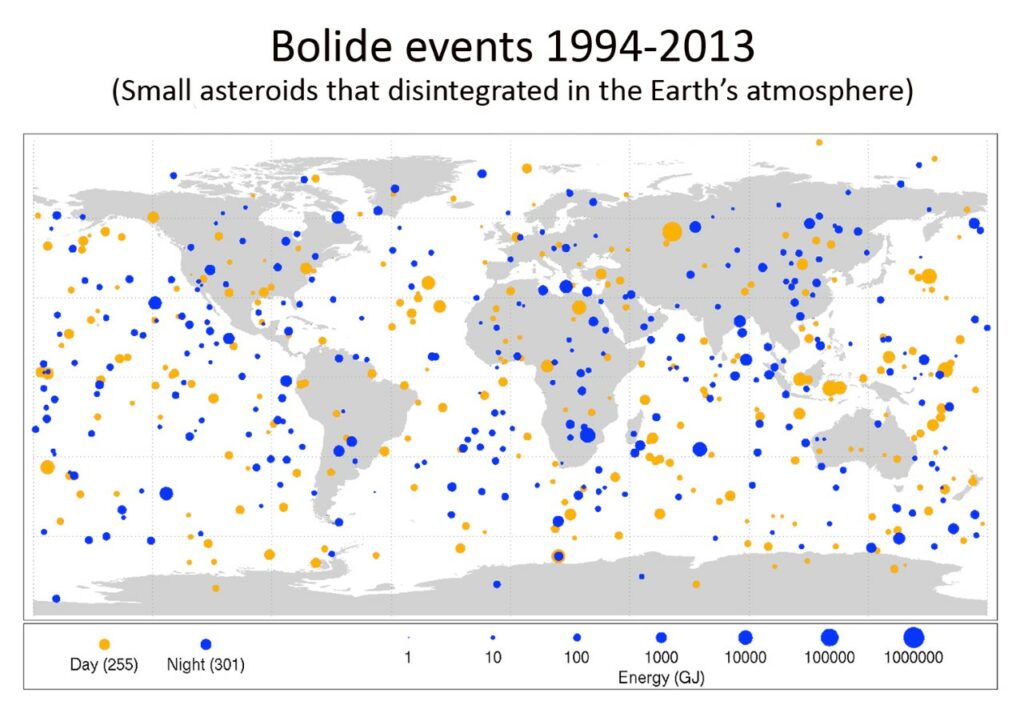 According to NASA’s Center for Near-Earth Object Studies (CNEOS), an asteroid is considered “potentially hazardous” when it is larger than 140 meters (500 feet) and its orbit comes within 4.65 million miles of Earth.

However, many of these objects do not possess both the intimidating size and proximity of Apophis. So, although the chances of impact seem low enough, legitimate concerns regarding the risk of Asteroid 99942 Apophis have been raised – creating the impetus for a few missions to make closer observations.

In 2022 the Chinese government plans to send a probe for a fly-by mission to Apophis, with the larger goal of studying three asteroids over a period of six years.

OSIRIS-REx, an ongoing asteroid sample & return NASA mission, might perform a long-term rendezvous with Apophis during its close proximity to Earth in 2029.

Apophis’ dangerous flirtation with Earth has caught the attention of governments and experts alike.

In July of 2005, former Apollo astronaut and chairman of the B612 Foundation Rusty Schweickart formally asked NASA to look into the odds that the asteroid’s post-2029 trajectory could be in orbital resonance with Earth – an effect that would increase the likelihood of a future collision.

In 2007 a California space advocacy group named the Planetary Society held a $50,000 competition to design an unmanned probe, with the purpose to ‘shadow’ Apophis in space for a year. It was hoped that measurements taken would determine once and for all if the asteroid would indeed impact Earth, and if so, to verify the necessity for a mission in order to deflect the object.

Studies by NASA and other scientific organizations have come up with a number of different proposals for deflecting asteroids such as Apophis including kinetic impact, nuclear bomb, gravitational tractor.

And they are not alone; the Russian Federal Space Agency Roscosmos is also assessing options for deflecting Apophis.

In 2011, scientists in China suggested pushing Apophis onto another trajectory using a spacecraft guided and powered by a solar sail. Researcher Shengping Gong, from Tsinghua University, said that he believes the key for success is pushing the asteroid away before it reaches the gravitational keyhole – where the gravity from a planet alters an object where impact becomes unavoidable.

A more extreme solution was put forward in 2016 by the Makeyev Rocket Design Bureau, which announced they intent to use Russian ICBMs to target near-Earth objects. 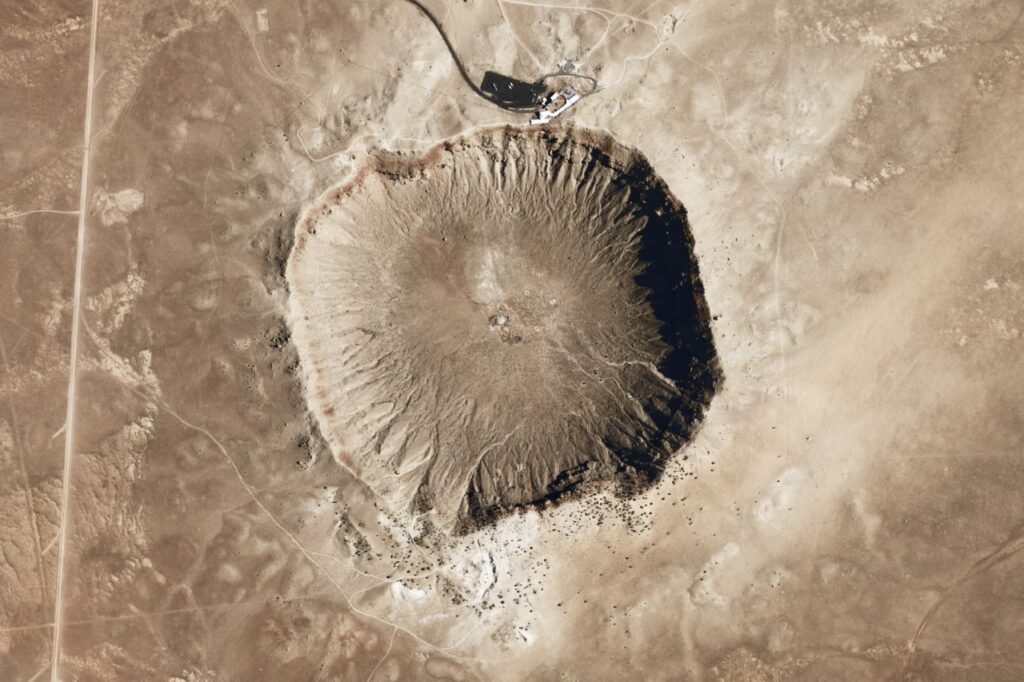 In the longer term, Apophis will continue to spiral Earth’s orbit, having a 1 in 110,000 chance of impacting Earth before 2106. And even if Earth continues to evade the rock, on average, it is believed that an asteroid the size of Apophis hits Earth once every 80,000 years.

So, what would happen if Apophis slammed into the planet?

It is estimated that Apophis’ impact on Earth would have the kinetic energy equivalent to 1,200 megatons of TNT.

To put that into perspective, the asteroid which caused the Meteor Crater in Arizona around 50,000 years ago and the Tunguska event of 1908 are thought to have created explosions equivalent to 3-10 megatons of TNT.

Even the largest nuclear explosion in history, the Tsar Bomba, was only around 57 megatons.

It is hard to imagine the absolute devastation an asteroid like Apophis would actually have on the planet and humanity – but there do exist past impact events which put even Apophis’ theoretical devastation to shame. 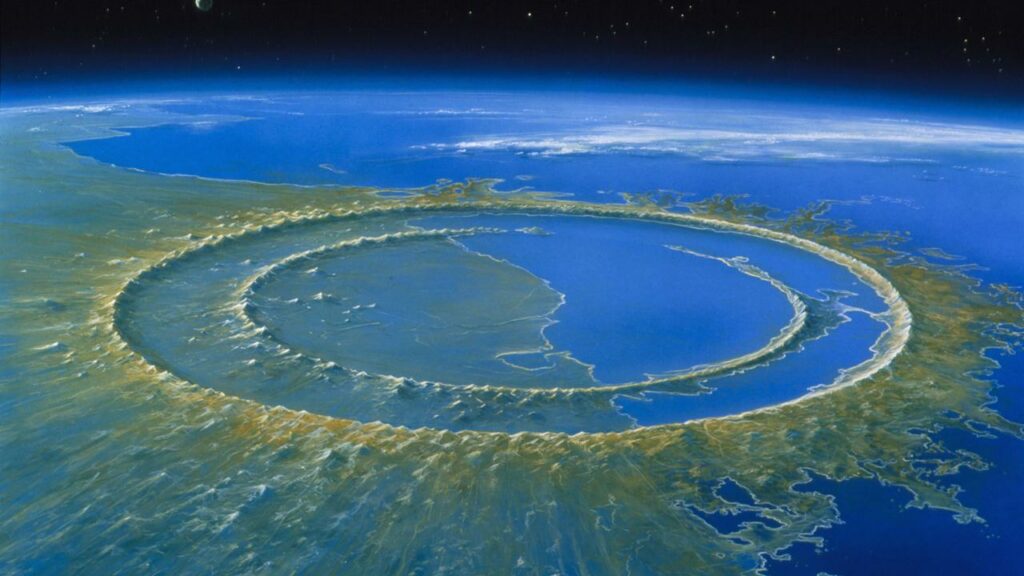 One example found in Earth’s geological record is the Chicxulub crater buried underneath the Yucatán Peninsula in Mexico. Thought to have been the cause of the Cretaceous-Paleogene extinction event 66 million years ago, the estimated 6.8-50.3-mile diameter asteroid or comet believed to have been responsible resulted in the death of 75% of all plant and animal species on the planet. It is thought that the resulting explosion was equivalent to 100,000,000 megatons of TNT.

Thankfully, in the aftermath of a destructive event of that magnitude, life still found a way – even if the dinosaurs didn’t.

Roblox: The New Kid on the Block

Lizard-People: The Roots of our Reptilian Rulers